Letters from a Stoic 24 - On Despising Death 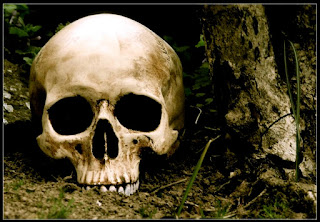 In Letter 13, Seneca says "we suffer more often in imagination than in reality."  In Letter 24, he digs a bit deeper on this concept.  Pain and death are two anxieties we may heap on ourselves needlessly.  How can you minimize these imagined sufferings?

if you would put off all worry, assume that what you fear may happen will certainly happen in any event; whatever the trouble may be, measure it in your own mind, and estimate the amount of your fear. You will thus understand that what you fear is either insignificant or short-lived.

Confront the imagined sufferings!  Make them your friends and become acquainted with them.  The more time you spend in their company, the less you have to fear from them.

History is replete with humans who have endured pain, exile, imprisonment and death.  Therefore, if you cannot imagine yourself suffering well, then look the the examples provided by history: Rutilius, Metellus, Socrates, Mucius, Cato, Scipio (I hope I got the correct figures linked).

And if they aren't enough, Seneca advises to simply look at all those - in his time and even in the present day - who despise death, exile, imprisonment and pain.

I shall not refer you to history, or collect examples of those men who throughout the ages have despised death; for they are very many. Consider these times of ours, whose enervation and over-refinement call forth our complaints; they nevertheless will include men of every rank, of every lot in life, and of every age, who have cut short their misfortunes by death.

When you do the 'heavy lifting' of contemplating death, you will realize there is nothing to fear.

death is so little to be feared that through its good offices nothing is to be feared. Therefore, when your enemy threatens, listen unconcernedly. Although your conscience makes you confident, yet, since many things have weight which are outside your case, both hope for that which is utterly just, and prepare yourself against that which is utterly unjust. Remember, however, before all else, to strip things of all that disturbs and confuses, and to see what each is at bottom; you will then comprehend that they contain nothing fearful except the actual fear.

This is the life to which we were born.  Never were humans promised to not suffer or to not die.  This is our lot!  If someone promises you a life of leisure, safety and protection, know this: you are being lied to!  None of that is guaranteed.  I fear, in our modernization, we have come to expect far too more than what life actually offers.  We imagine we should not have to die of disease or accidents.  We imagine we can expunge the world of accidents and viruses.  In our pursuit of a scientifically perfect world, we have lost wisdom.  Seneca was wise to note:

You were born to these perils. Let us think of everything that can happen as something which will happen.

Be prepared for poverty, exile, imprisonment, sickness and death.  This is our lot in life.

We are dying every day.  Every day we march closer to our final death.  While we live, we must learn wisdom and be wise.  And if you ever grow tired of life, this too is folly.  It is not virtuous to escape a life that has become stale.  If you've reached that point, then you have not learned wisdom.  The three quotes from Epicurus:

What is so absurd as to seek death, when it is through fear of death that you have robbed your life of peace?

Men are so thoughtless, nay, so mad, that some, through fear of death, force themselves to die.

Whichever of these ideas you ponder, you will strengthen your mind for the endurance alike of death and of life. For we need to be warned and strengthened in both directions, – not to love or to hate life overmuch; even when reason advises us to make an end of it, the impulse is not to be adopted without reflection or at headlong speed.  The brave and wise man should not beat a hasty retreat from life; he should make a becoming exit. And above all, he should avoid the weakness which has taken possession of so many, – the lust for death. For just as there is an unreflecting tendency of the mind towards other things, so, my dear Lucilius, there is an unreflecting tendency towards death; this often seizes upon the noblest and most spirited men, as well as upon the craven and the abject. The former despise life; the latter find it irksome.