the car battery and the manager 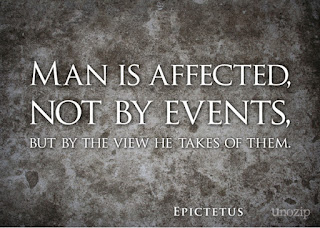 during the week of january 17 to 23, i noticed my truck would hesitate to start.  being almost 4 years old, i sense the battery was about to die.  i figured it would last a week and i could get a new battery on the weekend.

friday came and after i finished work, i decided to leave a little early and go to the shop to replace the battery.  however, the truck did not start and i knew the battery was dead.  i needed to be at my son's flag football practice by 4:30pm.  it was just before 3:00pm and i was an hour away.

i contacted the site security and asked if they had jumper cables; they said they didn't and in fact, it was campus policy that vehicles cannot be jump started on the premises.  i needed to have my truck towed off the campus.  so i called a wrecker service and they said they would be there in a the next hour or so.

next, i sent an email out to the parents of my flag football team to let them know to either carry on without me or to just cancel practice.

it was at this point that i felt completely calm.  it was unusual because if these circumstances had happened to me in 2014 or 2013, i think i would have been a complete ball of anxiety and worry.  but in 2016, i was calm and welcomed the time to my self to sit in my inner citadel.

this is what stoicism has done for me.

on monday january 25, i attended an all-day meeting with a manager and his leadership team.  this manager is known for his deliberate and very meandering and over-detailed meetings.  i was there to share some financial data with him and his team.

as i presented the data and began answering questions, it became evident that i had committed an error and that the manager had made an error in his assumptions which impacted the data as well.  in that situation, i calmly fixed my error and was able to keep a very clear head as i addressed the manager's concerns.

had this happened to my in 2014 or 2013, i most likely would have been sweating and quite flustered.  but in 2016, i was able to keep my cool and address the situation dispassionately.

life continues to get busier and more stressful for me; but i have never felt calmer and more in control than i have this year - the year i have embraced stoicism.

in a conversation with my wife, she acknowledged that i am handling the extreme stress of my job and all the other demands of life.  in 2014 or 2013, i would have been very grumpy and moody.  in 2016, i am even-keeled.
Posted by rockyrook at 9:00 PM No comments:

Email ThisBlogThis!Share to TwitterShare to FacebookShare to Pinterest
Labels: stoicism

thoughts from this week

as i listen to meditations every day on my commute and as i try my best to practice stoicism, i keep thinking that i ought to do as marcus did and simply write my own version of meditations.  perhaps sometimes i can tweet my thoughts while others i can write on my blog.

two recurring thoughts from this week:

one
the impermanent nature of things; change is constant.  the brand new campus, on which i work, will one day be abandoned - therefore there is no need for awe.  everything new that is being built now, will one day be old like much of the roads and buildings i see today.

as marcus said (and i'm paraphrasing here), a 40 year old man has seen it all.

marcus also quotes epictetus who says (again, i'm paraphrasing) when you kiss your child at night, think that perhaps they will die the next day.  this helps to focus your thoughts on what's important now - in the present.  i did this this week with my children.

two
focus on the present.  i'm in a bad habit of leaving work on friday and immediately feeling depressed because i know the weekend will end soon and i'll be back to work on monday before i know it.  not only does this rob me of the present, but it seemingly defeats the purpose of having a weekend away from the normal monday - friday work.

to myself, i say, organize yourself friday afternoon and leave urgent affairs in a good position.  be prepared for monday and then leave work for the weekend; both physically and mentally.  then focus on the weekend and the matters of the weekend.
Posted by rockyrook at 12:00 PM No comments: