Pain is Inevitable and Stoicism Can Help

Stoically Learning From Pain
The Large Black Spot
a large black spot is drawn on a piece of paper.  this represents pain, a toothache, sciatica, melancholy, etc.  if you acknowledge it, then you draw a circle around the spot.  subsequent affirmations of the the spot, draw subsequent lines around it ... thus it actually grows!  if you continue to fear it, worry about it and looking for ways to avoid it, more is added on.

"Do not let us build a second story to our sorrow by being sorry for our sorrow." p. 185

The Fork, Lucius vs Marcus and the Choice of Heracles

Marcus' brother Lucius partied hard and was not a virtuous man.  However, Marcus still learned from him.  "Marcus says only that he's grateful for having had a brother 'who by his character was able to stimulate me to cultivate my own nature.'" Marcus "became more determined to strengthen his own character after observing his brother's vices spiraling out of control." p. 116

We see many in life who chase after pleasures, whether to avoid emotional pain, or to distract "themselves from or [suppress] unpleasant feelings or as a way to escape" p. 117.  Stoics know that "chasing empty, transient pleasures can never lead to true happiness in the long run" p. 117.  Instead, Stoics choose to seek a life that enjoys "authentic happiness or fulfillment" which they called eudaimonia.

Donald Robertson has done a nice video of this allegory:

And so you too face this same choice.  Do you pursue a life of ease and pleasure to achieve happiness or is it "more rewarding to face hardship voluntarily and cultivate strength of character"? p. 121

Heracles is a Stoic hero, as he cheerfully faced challenges and hardships and was able to achieve "a profound sense of inner satisfaction knowing that he was fulfilling his destiny and expressing his true nature.  His life had something far more satisfying than pleasure: it had purpose." p. 121

Marcus decided to choose the same path, as Heracles, when he was faced with that fork; "the goal of his life [was] not pleasure but action" p. 123

Marcus "picked his friends carefully, based on the character traits he most admired rather than what seem congenial to those of his social class.  His friends' company wasn't always fun - sometimes they spoke plainly and criticized him - but he embraced them because they shared his values and helped to improve him as a person." p. 124

The Stoics Side with Heracles and the Country (Hill) Mouse

If you haven't figured it out by now, the Stoics argue a life of challenges, hardships and action is what is best.  This is why the Stoics repeatedly say "virtue is the sole good."

Greed, pleasures and the like won't lead to sustained happiness.  It is a false hope.  On the other hand, a life of virtue and equanimity and facing adversity with cheerfulness will lead to genuine fulfillment.  This is wisdom.

"The wise man's sense of delight comes from one thing alone: acting consistently in accord with virtue."  Marcus also notes that two other sources of joy which come from contemplating virtue in others and welcoming your fate. p. 132-133


Addition of the Improvement Cycle
Posted by rockyrook at 5:00 AM No comments:

Cognitive Distancing p.78
Interesting tid-bit: "Marcus kept a statuette of Rusticus in his personal shrine and offered sacrifices in his memory" p. 86

What Rusticus Taught Marcus p. 87
"Indeed, those who assume that they have the fewest flaws are often the ones most deeply flawed in the eyes of others." p. 89

Get a Mentor
Tact


Stoic Mindfulness / Prosoche / Daily Routine for Implementing Values
More on Values
Posted by rockyrook at 5:00 AM No comments: 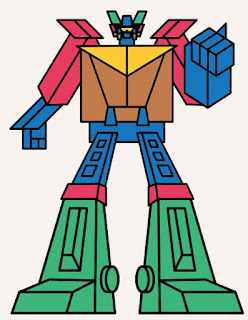 So when you don't feel like cleaning up after yourself in the kitchen or if you don't want to organize your room, just remember you are making bad grooves and habits in your life.  Learn what it takes to get your shit done and then GyShiDo!
Posted by rockyrook at 2:51 PM No comments:

Epictetus Discourses 4.13 - To those who talk too readily about their personal affairs

To those who lightly talk about their own affairs
To get right to the point, when it comes to sharing secrets and being vulnerable, Epictetus advises us to hold our cards tight to our chest, until we've determined that we can trust other people and they are virtuous.  Otherwise, just keep quiet.

We are often faced with people who try to gain our confidence who might share very personal information or a secret, in the hopes of getting us to reciprocate.  These are con-men and you need to watch out for them.

"When someone seems to have talked frankly to us about his personal affairs, we are somehow impelled to reveal our own secrets to him in turn, and we regard that as being frankness.This comes about partly because, after hearing our neighbor's confidences, it seems unfair not to reply in kind by giving him a share of our own; and also because we think that we won't give such people the impression of being frank if we keep quiet about our personal affairs." (v. 1-2, p. 275)

If you are going to share your personal affairs and secrets with others, you need to be sure you can trust them.  Otherwise, "it is just as if [you] had a water-tight barrel and [someone else] had one with a hole in it, and [they] came and entrusted [their] wine to [you], for [them] to store it in [your] barrel, and [they] then complained that [you] for [your] part didn't entrust [your] wine to [them]!" (v. 12, p. 276)

Posted by rockyrook at 5:00 AM No comments: