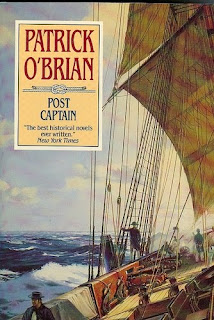 PS - as far as I could tell, these books' backgrounds are against the Napoleonic Wars, but they don't re-create the battles in them.  The battles and ships may have been based on non-related historical facts, but there is no one-to-one match to the historical record.
Posted by rockyrook at 4:39 PM No comments: