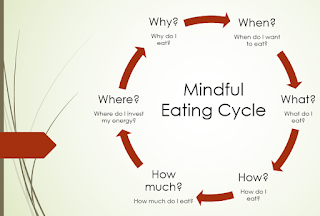 remember, the goal is to improve your self-discipline and related ‘virtues’ or character strengths, rather than to lose weight or gain physical health. if you’re exercising self-discipline and perseverance, though, it makes sense to do it in a healthy direction, doesn’t it? stoics refer to physical health and fitness as something ‘preferred’ but ultimately irrelevant, or ‘indifferent’, in relation to true happiness and fulfillment. cultivating a healthy character, is infinitely more important to them than cultivating a healthy body. nevertheless, we develop self-discipline precisely by trying to do healthy and appropriate things in the world, whether or not they turn out as we’d have preferred."
Posted by rockyrook at 6:09 PM