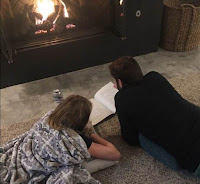 In answer to Epicurus
The Epicureans and Stoics had differing views.  For Stoics, we are supposed to live according to nature with virtue being the sole good.  This means we ought to live an examined, and reasoned life while pursuing virtue (i.e. courage, self-discipline, justice and wisdom).

The Epicureans on the other hand "advocated living in such a way as to derive the greatest amount of pleasure possible during one's lifetime, yet doing so moderately in order to avoid the suffering incurred by overindulgence in such pleasure." (source) - almost like a "eat, drink and be merry, but not too much to cause pain."

With this in mind, we learn Epicurus advised the wise to not have children, since it would introduce pain and suffering, for the parent.

Stoics, on the other hand, would advocate performing your duty as a human being.  One of which is to propagate the human race.  We are social beings and our learning and progress comes at the hand of other people.  We learn from both the wise and unwise.  But if neither exist, we don't learn and progress.  Also, a philosophy dissuading child-rearing slants towards nihilism ("life has no intrinsic meaning or value. With respect to the universe, existential nihilism posits that a single human or even the entire human species is insignificant, without purpose and unlikely to change in the totality of existence.")

The chapters ends with a quip at Epicurus, to the effect of "even your parents would still love and raise you knowing you would advocate against your very existence!"

related content:
Epicurus and Children
Posted by rockyrook at 5:00 AM