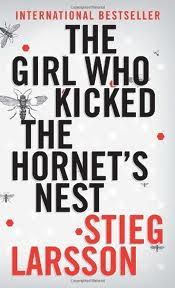 If I can find them at HPB tonight, I plan on getting Tipping Point, Outliers & Blink - all three by Malcolm Gladwell.  I keep running into articles citing one of these books - it must be a sign.
Posted by rockyrook at 2:48 PM No comments: 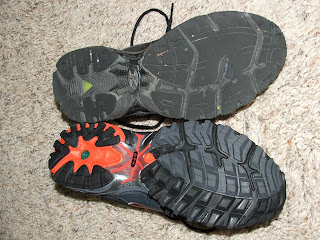 The soles of my old Brooks Adrenaline GTS 10 shoe were wearing extremely thin.  I've been suffering the last few weeks and months with this 'ol boys.  But they have served faithfully the last few years.

My new Brooks GTX arrived.  These are the trail version of the Adrenaline GTS shoes.  The GTS shoes are up to version 12 now.  So I guess that means I probably bought my GTS 10's back in 2010.  Anyway, the GTX is a trail show - more durable, the sole is beefier, the shoe is made of Gore-tex and is more resistant to water.

Just a quick update on the diet ...  I had tried intermittent fasting several months ago after reading fitnessblackbook and eat-stop-eat.  I came across a new blog - leangains - this week.  He talks extensively about the good things of fasting.  He also mentioned that LISS - low intensity steady state - while fasting might be better at burning more fat than HIIT.  So this week, I've been eating once a day; waiting 18-24 hours, walking 4 miles between meals and then having a dinner of mostly protein.  I've never felt better!

My mind is clear; I LOVE my 4 mile, hour-long walks with my dog Fritz every day.  And when I finally break my fast, I feel full really quickly and therefore eat less.  Now when I fast, I still drink lots of water.  And when I eat, I try to have mostly protein.  This week started off at above 217.  I last weighed in on Thursday and was at 213.2.  My wife's birthday was Thursday - we went out to eat.  And then we went on a date last night - out to eat again.  And I've not weighed in the last two days.  But today I'm fasting again until 6pm, and then having a light protein dinner.  Tomorrow morning will give me a good indication of how this week went.

Also, I have this goal of walking 4 miles every day for 1 year.  So far, I've walked 4 every day this week; I started Sunday night.
Posted by rockyrook at 9:04 AM No comments:

The next book in the list is the last of the Millennium Trilogy: The Girl Who Kicked the Hornet's Nest.  We'll be spending the day at the beach on Saturday - I might be able to get a lot of reading in then.
Posted by rockyrook at 8:59 PM No comments: