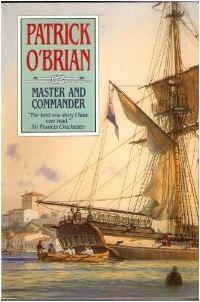 As a side note - we were at Half Priced Books again last week and I came across a book which I will absolutely love.  It is called Six Frigates: The Epic History of the Founding of the U.S. Navy.  I have just now looked up the book at Amazon and found it has a whooping 4.5 stars out of 5 rating based on 105 reviews!  So that book will be put in the queue list.
Posted by rockyrook at 4:38 PM