On the Proper Style for a Philosopher's Discourse

This is a longish letter, which takes its time to simply state, "be slow of speech."

I couldn't help but think of the clip from Interstellar where Cooper tells Case to slow down!

When I was younger I was prone to haste.  Today, I still fall into the same mindset occasionally - wanting to get it done and move on to the next task.  While haste may be the correct way to go about some menial, mindless tasks, other projects should not be approached in the same way.  Philosophy is one of those projects which should not be approached or engaged with haste. 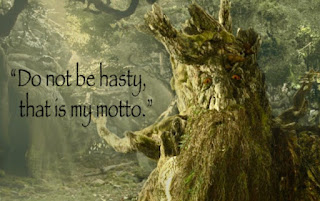 For the philosopher, his life and his speech should be well-composed and unhurried.

his speech, like his life, should be composed; and nothing that rushes headlong and is hurried is well ordered.

It should not be like the life and speech of a used car salesman or someone selling you something for $19.95 on TV.  Seneca called these types "mountbacks" which is another word for charlatan or quack.

forceful manner of speech, rapid and copious, is more suited to a mountebank than to a man who is discussing and teaching an important and serious subject.

As a philosopher, your job is to pursue the Truth.  This pursuit needs to be apparent for all, and not propped up.  Truth stands on its own and has no need for sleight of hand.

speech that deals with the truth should be unadorned and plain. This popular style has nothing to do with the truth; its aim is to impress the common herd, to ravish heedless ears by its speed; it does not offer itself for discussion, but snatches itself away from discussion.

Another reason to not use haste when discussing philosophy is so that the hearer and learned can digest what is being taught.  What good does it do the student who gulps it down so quickly, they cause themselves to vomit it back up?  The medicine has to stay in the body for the remedy to be effective.

Remedies do not avail unless they remain in the system.

The doctor has to remain with the patient to be able to help them.  A quick and dirty prognostication may do more harm than good.

What physician can heal his patient on a flying visit?

A few more quotes from Seneca:

philosophy should carefully place her words, not fling them out, and should proceed step by step.

he should not quicken his pace and heap up words to an extent greater than the ear can endure.

But words, even if they came to you readily and flowed without any exertion on your part, yet would have to be kept under control.

In sum: slow down; absorb; be thoughtful; think; contemplate.  Don't be hasty with wisdom.