memento mori on day of the dead 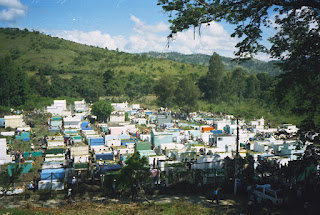 when i lived in guatemala, i learned what day of the dead was, along with all saints day.  while little kids go trick-or-treating in the united states on halloween night, people in guatemala take food that they had been preparing all day, to the cemetery to honor their ancestors.  on the day and night of day of the dead, those who have passed on can leave their graves.  since they are hungry, their living descendants have food ready for them to eat (symbolically speaking).  all the graves, at night, are lit up with candles.  the day is somber and festive at the same time.  having grown up not celebrating death so much, the whole spectacle seemed quite morbid to me.  today, not so much. 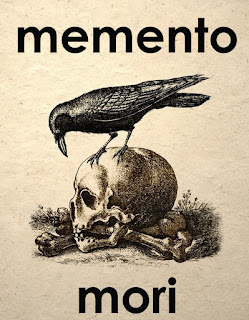 stoicism has taught me, more than anything else, to appreciate every day.  it has taught me that i need to reflect on death often, which should cause me to appreciate the time i have right now.  marcus aurelius often reflected on his short life.  he talked of his death, the death of those around him as well as all those emperors who had preceded him.  the whole exercise was to remind him of how small and short life is as well as (and more importantly) that every one of his actions should be performed as if it was his last (see book 2, passage 5).

and so on this day of the dead, we all should be reminded of our mortality.  we never know when death will meet us.  it could be on the road while we are driving to a party tonight.  it could be in our sleep.  death could meet us ten years from now after we have contracted cancer.  it could be while jogging and experiencing a stroke despite being perfectly healthy.  it could be when we choke on a piece of meat while eating dinner tomorrow.  every day, remind yourself that today could be your last day among the living.  then after you remind yourself of this fact, go about living and performing each act as if it were your last.

memento mori therefore, act as if each moment will be your last.