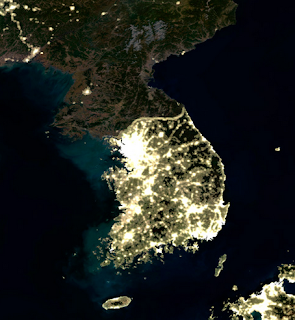 one final parting thought about ridgway.  it seemed the consensus, prior to ridgway taking command, was that the united states could simply drop a couple of nukes on korea and be done with it.  but others, including ridgway felt that nuclear escalation was not the best way.  russia has exploded nukes of their own - it was the dawn of the cold war - and nuclear escalation was a real risk.  sure millions ended up dying the old fashion way, but had nukes been uses, my guess is that number would have been far higher.
Posted by rockyrook at 7:34 PM