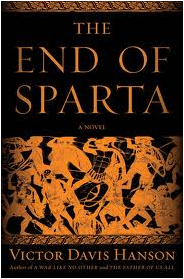 And one last note ... a monument of a lion was erected at the Battle of Chaeronea (wiki link here).  Earlier in the book, Hanson envisions two monuments of lions erected at Messene - representing Chion and Proxenos.
Posted by rockyrook at 2:44 PM