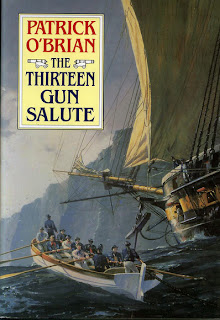 I'm finished with the 13th book (I wonder if POB intended that?)  I'm going on a week and half vacation now and plan to take Nutmeg of Consolation with me to read.  I've only 8 books left!
Posted by rockyrook at 5:06 PM