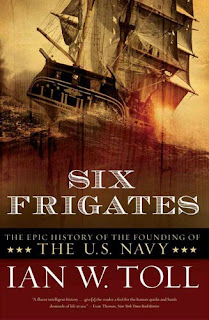 Overall, Six Frigates was exceptional.  It held my interest, was very informative and is well written.  It comes complete with an index and references.  Toll did history a tremendous favor with this book.
Posted by rockyrook at 4:43 PM